There is a need for safe, clean, and cost-effective power generation technologies that will reduce carbon dioxide (CO2) emissions and help position the United States as a leader in the global renewable energy industry. Currently, wind power provides 4.9% of U.S. end-use electricity demand in an average year.[1] However, expansion will be hampered increasingly by a scarcity of high-quality wind resources, which today limits generation to about 15% of U.S. land area, resulting in a limited resource and transmission grid congestion due to the physical distance of the existing resources to demand centers.

Incremental advances in wind turbine technology will continue to be made by making turbines slightly larger and reducing traditional methods of supply chain costs. Transformative impacts are possible by completely reimagining wind power based on an airborne platform. The key insight is that the outermost 25% of a turbine blade delivers over 50% of the power. If the trajectory of an airborne generator can be made to follow the path of a conventional blade’s tip, then this power can be harvested without building the non-productive infrastructure of a wind tower. 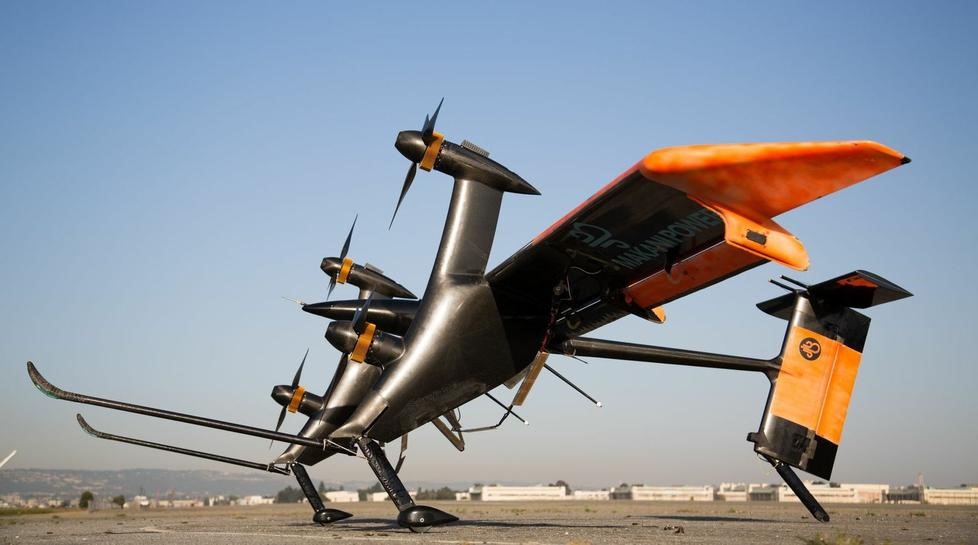 Makani Power set out to develop an airborne wind turbine that accesses a stronger, more consistent wind at altitudes of between 500 – 1,000 feet. At these altitudes, up to 85% of the country can offer viable wind resources compared to only 15% accessible with current technology.

Makani’s wind turbines resemble small airplanes. Rotors on each blade help propel the craft into the flight pattern, and double as turbines once airborne with motor generators connected to the rotors. The air vehicle is tethered to the ground with a cable that delivers power to the vehicle during launch, and then conducts the power generated by the turbines back to the grid-connected ground station.

The technical challenges the team faced at the start of the project were primarily in the complexity of automated controls and the tether system reliability. With ARPA-E’s support, the Makani team developed solutions to these issues and demonstrated standalone lift off, hovering and touch down of a 26 foot wingspan vehicle, along with delivery of 7 kW of power down the tether.

Makani Power was acquired by X, formerly known as Google[X], in May of 2013, toward the end of the ARPA-E award. The acquisition came just a week after the company completed its first fully functional flight of its Wing 7 prototype.

X/Makani reports that it is making the transition to a commercial product: The team is increasing the power generation capacity of its airborne wind turbine by 30 times and moving from the original handmade prototype to mass production. The company’s commercial product will be based on a 600 kW unit designed to deliver cost-competitive power. The team has worked through significant additional materials issues to design a tether with the goal of surviving the repeated stresses and cycles of operation. The company has also advanced its power systems for improved performance and reduced weight.

The X/Makani team is now testing its 600 kW model, moving from hover flights to test flights. From there the team will advance to crosswind flights with power generation. The team is targeting operation between 400 and 1100 feet. The anticipated operation would be in utility-scale wind farms with multiple units, and tighter positioning than ground-based turbines is expected due to lower wake effect.

Successful deployment and expansion of low-cost airborne wind power would create an entirely different technology for use of this renewable power source. By reducing geographic use restrictions, airborne wind farms will allow siting of wind generation in locations closer to population centers and where the existing transmission and distribution lines can be used effectively.

Additionally, the Makani wing may be economically efficient for use farther offshore than traditional wind turbines, providing an opportunity to tap an additional large wind resource.