Residential and commercial building cooling represents over 4% of U.S. energy consumption, an over $100 billion dollar market opportunity. It is currently addressed primarily through either passive cooling (e.g. fans) rather than by active thermal management. The current state of the art is represented by vapor compression cycles, which do not scale to small size effectively and use greenhouse gases such as chlorofluorcarbons (CFC), hydrochlorfluorcarbon (HCFC), and hydrofluorcarbons (HFC) as their working fluid, posing an enormous emission impact if they should leak. Waste heat from transportation, power generation, and industrial processes represents over 50% of U.S. energy consumption, but its recovery has been economically unachievable. Both of these enormous opportunities could be addressed using thermoelectric materials and devices. Thermoelectric materials convert heat to electricity, or an electrical current into a heat current, via an intrinsic material phenomenon known as the Seebeck effect. Because the energy conversion is fundamental to the material rather than a device property, these solid state converters have multiple advantages over state of the art—scalability, compactness, controllability and robustness. However, their low performance and a dependence on critical materials such as tellurium has prevented their widespread commercial implementation into these markets.

Achieving higher device performance requires improvement in the quality of material deposition, allowing the commercial implementation of recent advances in thermoelectric material performance. Decreasing the quantity of critical materials used requires reducing the size of thermoelectric elements. This is theoretically possible but presents engineering challenges for device integration – particularly in making high quality electrical and thermal contacts. Thermoelectric device performance is frequently half of that predicted purely by material properties. Most existing commercial thermoelectric devices are based on technologies and innovations made as early as the 1950’s. Over the last twenty years there has been an enormous improvement in ability to control uniformity of synthesis and microstructure of thermoelectric materials, providing as high as factor of two increases in thermoelectric performance. The semiconductor industry has developed and reduced the cost of molecular beam epitaxy (MBE) to enable products such as LEDs and solar cell coatings. This then allows for micron scale control of the chemistry of a thermoelectric module, allowing multiple compositions to be combined into a single thermoelectric leg, further improving performance. Because MBE is a micron-scale process, it allows miniaturization of the thermoelectric legs, reducing by orders of magnitude the quantity of critical materials required to manufacture them. Phononic was funded by ARPA-E to combine these advances and thereby demonstrate a device with revolutionary performance. 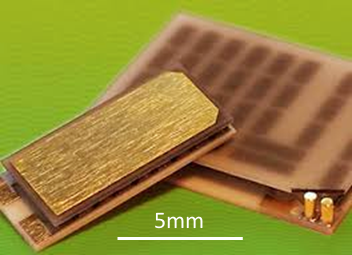 Under its OPEN 2009 award from ARPA-E, Phononic’s goal was to develop compact and efficient thermoelectric waste heat converters and coolers based on lead chalcogenide materials using molecular beam epitaxy (MBE). The company’s primary project goals were (1) high quality deposition thermoelectric materials by MBE, allowing multiple materials to be layered to a thickness of 20 microns, and demonstrating material performance competitive or better than comparable bulk synthesized samples; (2) integration of the MBE legs into a device, demonstrating contact resistances below 25 µW-cm-2; (3) demonstrate efficient thermoelectric performance for automotive waste heat conversion, showing a 13% efficiency with 600K hot side temperature; and (4) demonstrate a cooler coefficient of performance of 2.0 for cooling from 350K to 275K. Both (3) and (4) represented a doubling of performance compared to state-of-the-art thermoelectric devices.

Under the award Phononic achieved success in MBE of thermoelectric materials, demonstrating the ability to layer materials up to 20 microns thick with performance comparable to the best of other thin film approaches. Phononic succeeded in meeting its device goals of low electrical contact resistance.  Phononic, during the course of the award, did not achieve the goals of unparalleled device performance, but they were able to meet the performance targets of state-of-the-art materials in the improved format of sub-millimeter material devices. Also, its market analysis indicated a much stronger business development case for refrigeration and air conditioning than for waste heat convertors. Consequently, Phononic has focused its efforts in delivering products to these markets.

The success of its ARPA-E award enabled Phononic to achieve significant follow-on funding. The company has now received $75 million in follow-on funding and currently employs over 100 people. The majority of Phononic employees work in the company’s manufacturing center in North Carolina. Phononic has made significant technical advances in the engineering and manufacturing of its thermoelectric devices, which are leveraged in its advanced heat transports systems to deliver diverse range of heating and cooling products. This diverse set of customers requires a wide array of heat pumping and energy usage constraints. Phononic, taking advantage of the small package size and modularity of thermoelectric devices, has developed an applications team that designs the system around its customers’ requirements.

Phononic is addressing the market of hot spot cooling for high power fiber optics, taking advantage of the high power densities that its sub-millimeter devices can achieve. The company has also entered into the wine and hospital refrigerator markets, which benefit from the advantages only a thermoelectric cooling systems can provide such as low noise, no vibration, and exact and uniform temperature control.  This is accomplished while also delivering energy usage that is on par or better than that of a vapor-compression cycle system on the market currently. Phononic is currently beginning to address the small climate control market.  As this market was previously closed to thermoelectric cooling due to cost and efficiency concerns, this demonstrates concretely its technical success.

Phononic has demonstrated the ability to manufacture full systems based high-performance thermoelectrics at a commercially attractive cost. This fundamentally decreases the reliance of thermoelectric conversion and critical materials. Its devices have high power density, making them more compact and therefore more easily integrated into commercial applications. Technological advance is still needed for thermoelectric materials that are cost-competitive for waste heat conversion and the broad-scale refrigeration market. Phononic’s technology de-risks the integration of future high-performance materials into thermoelectric modules, significantly improving the commercialization pathway of future highly efficient thermoelectric materials. Phononic’s work and technical success is therefore a foundation to address the multi-quad energy efficiency opportunities for thermal management and waste heat conversion.