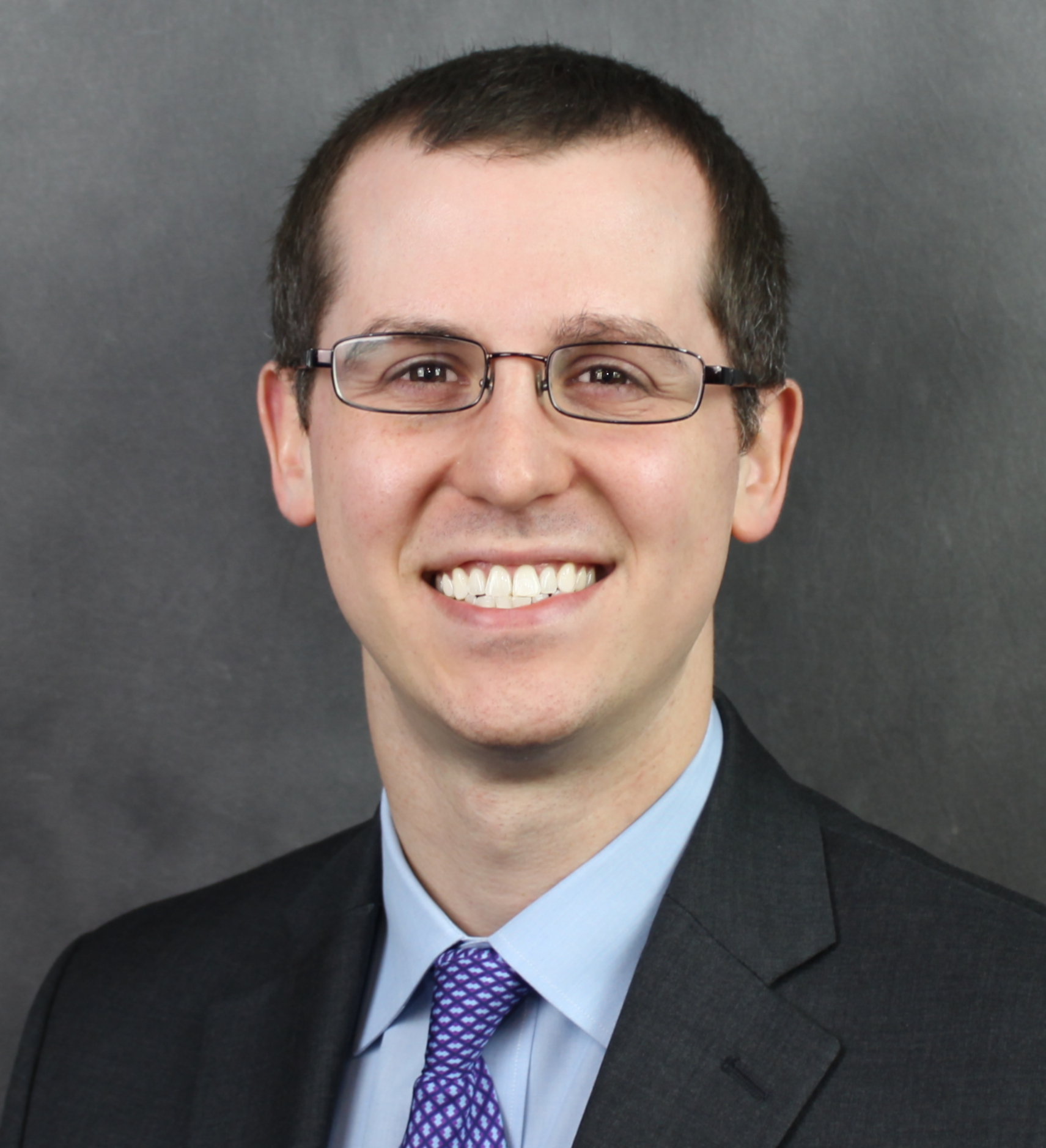 The ARPA-E Fellows Program: A Look Back with Former Fellow Dr. Mike Campos

Here at ARPA-E, we pride ourselves on fostering a work environment where collaboration, team work and a constant influx of fresh ideas play a big part in our mission to advance high-impact energy technologies and develop new ways to generate, store, and use energy. It’s our dedication to bringing in new scientific minds across a variety of technology spaces that helps foster our creative environment, and one of the most important programs in our organization in helping keep things “fresh” is the ARPA-E Fellows program.

The ARPA-E Fellows program recruits the next generation of scientific leaders to help solve some of the nation’s most pressing and exciting energy issues. We look for recent (or soon-to-be) Ph.D.’s to join our team for a 2 year term, helping to develop future applied programs, support existing programs, and influence the direction of American energy innovation by engaging with researchers and stakeholders across academia, industry, and other government agencies.

From 2017 to 2019, Dr. Michael Campos was an ARPA-E Fellow, focused on geothermal energy, advanced materials, and addressing the second “valley of death” in technology commercialization. Dr. Campos received his PhD in Chemistry from Columbia University, where he studied the synthesis and surface chemistry of colloidal quantum dots for applications including lighting, displays, and photovoltaics.

At the conclusion of his term as an ARPA-E Fellow, Dr. Campos transitioned to a new role as an Associate with Prime Impact Fund, the investment branch of Prime Coalition, ­which invests “catalytic capital” in transformative, climate-focused early-stage technology companies. We recently checked-in with Dr. Campos to see what he’s been up to since leaving ARPA-E, and if he had any wisdom to impart to potential future ARPA-E fellows.

I grew up in a scientific home – both my parents are microbiologists and one of my earliest memories is a placemat of the periodic table. Fast forward a few years, and I was a chemistry major in college but I wasn’t sure what I wanted to do with that. I was comfortable with “what” and “how” questions but not “why” and “should” questions.

I took a quarter away from my major to figure things out, and the class that stuck was called “Energy and the Environment: The Automobile.” I credit the professor who taught that class, Kim Gray, for showing me that energy is perhaps our most fundamental need, that it’s inextricably linked with the existential threat of climate change, and that chemists like me had a major role to play in transforming the way the world worked. So I decided to pursue energy and haven’t looked back.

You became an ARPA-E Fellow after the conclusion of your Ph.D. at Columbia University – what drew you to working for ARPA-E?

About halfway through my Ph.D., a labmate and I started writing patent applications for our work. My advisor asked if I was interested in starting a company. I was – but I wasn’t sure we had an important advantage and didn’t know how to find out if we did. There were a lot of make-or-break points outside the science, in that when a tiny sliver of academic knowledge leaves the lab in any form only a tiny sliver of that knowledge gets commercialized, and a tiny sliver of even THAT meets any commercial success. I wanted to see the rest of the picture.

The ARPA-E Fellowship stood out as a unique opportunity to do just that. I was considering a wide range of career paths, from private sector R&D, to consulting, postdocs, and so on, but government wasn’t on the list until I came across ARPA-E. After reaching out to and speaking with current Fellows and Program Directors at ARPA-E, it was clear the agency offered a way to combine the elements of each career path that I was excited about. Technical intuition leads the day, but energy impact and commercial potential are gating factors. I got the sense that I could learn a lot from this group of people and pursue what fascinated me.

Over your time at ARPA-E, you had a chance to work on a wide range of projects and Programs across the energy innovation spectrum. What was your favorite part of being an ARPA-E Fellow?

Without a doubt, it’s the people I got to work with. ARPA-E is uniquely designed to bring people of unconventional backgrounds and points of view to the toughest challenges in energy. The Fellows are recently minted Ph.D.s of various stripes who are mission-driven and excited to get outside their comfort zone – some have a bit of industry experience, or started a company, or even won competitive ballroom dance awards. It’s a humbling bunch.

ARPA-E jobs are impermanent by design, so everyone is at a crossroads in their career. So while you’re figuring out if ARPA-E could make an impact in an area, you also start asking yourself, “could I see myself going into this full-time?” That’s actually a uniting force in the agency and has led to a strong alumni network. Every part of the agency is aligned with the mission: to support the most exciting early-stage innovations as effectively as possible.

I also was given a lot of latitude to work on ideas that were unconventional, even for ARPA-E. One of these ideas was that there were major opportunities to develop zero-carbon uses of the subsurface by building upon engineering knowledge generated by the upstream oil & gas industry. That led to a “Fast Pitch” at the 2018 ARPA-E Summit on repurposing abandoned wells for use in grid-scale energy storage, a workshop on enhanced geothermal systems, and a handful of projects funded to develop downhole tools for geothermal wells.

At this year’s ARPA-E Energy Innovation Summit, you delivered a “Fast Pitch” presentation on the future of synthetic meat and the meat industry’s effect on carbon emissions. Can you tell us a little bit about that idea and how it pertains to ARPA-E?

Meat is a carbon-based fuel – and it’s popular. It contributes about 18% of the world’s greenhouse gases (GHGs), or about 6.5 gigatons per year. Those numbers are rising. This GHG footprint is so large because animals are just not very efficient producers of meat. By fairly generous measures, production of the meats we eat ranges from about 2% (beef) to 13% (chicken) energy efficient. Two of ARPA-E’s mandates are to reduce emissions and increase efficiency, so to me it was worth a look.

So how do you decarbonize this industry while continuing to scale it up, without asking people to change their behavior? Today’s prevailing approach is “plant-based meat”, but there’s another approach that could be more impactful: “cell-based meat,” or tissues grown in mammalian cell culture.

While plant-based meats are an incredible advancement and have 90% fewer emissions than beef, you can still tell they’re not beef and will likely continue to be an opt-in product, not the default. I’d love to be proven wrong about that.

Cell-based meat is still early in R&D, but I think has potential to  become the default at some point since it’s fundamentally made of the same “stuff” we eat now. Nobody knows yet what the emissions from cell-based meat will be, but even if the decrease in emissions isn’t as steep on a per-kilogram basis, I think it could make up for that in sheer volume.

A big question is how cell-based meat will actually be grown. There’s a challenging need for bioreactors capable of growing complex structures both rapidly and delicately. There’s also cross-pollination to be done between tissue engineering, chemical engineering, and even the culinary world. If fully realized, this could not only be a gigaton-scale emissions reduction, but reshape land use, strengthen US agricultural exports, and improve the military supply chain.

After working at ARPA-E, you transitioned to a new role at the Prime Impact Fund. Tell us a little bit about your current position, what you’re working on, and how it differs from/is similar to your work at ARPA-E?

Prime Impact Fund invests in transformative, climate-focused technology companies at the earliest stages. The fund’s unique model – combining philanthropic capital, a patient time horizon, and an impact-first orientation – enables us to make high-risk, high-reward bets. I’m employee #3 at the fund and was brought on as an Associate. In this role, my main responsibility is to source, evaluate, and drive investments in transformational start-up companies that could have gigaton-scale impacts on greenhouse gas emissions.

This role builds upon many of the skills I learned as an ARPA-E Fellow – rapid evaluation of new technologies, impact assessment, outreach to experts, techno-economic analysis, and proposal review, to name a few. But before coming to Prime, I hadn’t had direct experience in the financial side of venture investing or the process of philanthropic fundraising; I had only paid attention to these worlds from the sidelines. It’s been thrilling so far – no two days are alike and I’m constantly learning.

How do you think your experience as an ARPA-E Fellow prepared you for the transition to your current position, and what was the biggest takeaway you had from your time at ARPA-E?

Most specific to climate-focused technology investing, it was valuable to gain exposure to the wide range of unconventional technologies in ARPA-E’s orbit. As a Fellow, I went to many ARPA-E and other events because I wanted to become fluent in these different categories by engaging directly with those doing the work.

Also, being an ARPA-E Fellow teaches you to “punch above your weight.” You’re almost always the least experienced in the room, but you’re empowered to shape the conversation.

Finally, ARPA-E gives you the space to build out your professional network in a new direction, through public speaking, writing, organizing workshops, attending conferences, and so on.

Last question - if you could impart any advice to a recent or soon-to-be Ph.D. who’s thinking about applying to the ARPA-E Fellows program, what would it be?

Fellows do mission-driven work at the cutting edge of science and technology, with an all-star team, while supercharging their career in the process. The people you meet through the job are some of the most inspiring out there, and you have the power to advance the nation’s interests by supporting them. That’s a profoundly fulfilling experience.

The role of a Fellow isn’t to do lab-based research, but to identify what research directions could be impactful. You have to understand the state of the art, but you also develop convictions and contrarian views about what’s important. If you’re good at “what” and “how” questions but want to start asking more “why” and “should” questions, then you should apply to join the team. Reach out to a Fellow – they’re a friendly bunch!

Applications for ARPA-E’s Fellows program are open until September 15, 2019. Click HERE for more information on the program and to apply today!