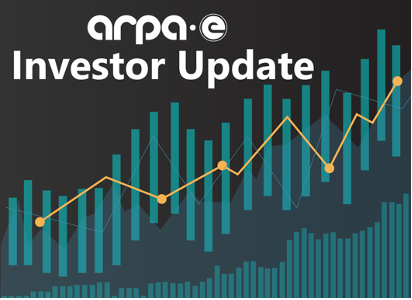 ESS began trading publicly on the New York Stock Exchange on October 11, 2021. ESS’ (NYSE: GWH) batteries provide a new tool for decarbonizing the grid and further ARPA-E's mission of changing what's possible in how we generate, use, and store energy. For a look back at ESS’ time as an ARPA-E project, check out the original blog below and watch the video we recorded with them in 2017.

In 2010, ARPA-E launched the Grid-Scale Rampable Intermittent Dispatchable Storage (GRIDS) program, developing technologies that can store renewable energy for use at any location on the grid at an investment cost less than $100 per kilowatt hour. GRIDS teams explored the development of flexible, large-scale energy storage technologies that could create a stronger and more robust electric grid by enabling renewables to contribute to reliable power generation. Additionally, GRIDS also worked to develop more cost-effective grid-scale energy storage technologies than compared to existing options, which is a critical factor in working to increase the deployment of renewable alternatives and reducing greenhouse gas emissions from the electric energy sector. [2]

Throughout their funding cycle with ARPA-E including additional plus up awards, ESS refined their technology, utilizing low cost materials and their unique hardware design to advance their technology towards commercialization. Since the conclusion of their funding, they’ve continued the development of low-cost battery solutions using iron, salt and water as electrolyte components, making environmentally safe and cost-effective energy storage systems for the U.S. Army Corps of Engineers and a small winery in California. ESS has also participated in a number of fundraising rounds, receiving support from Pangea Ventures, Breakthrough Energy Ventures, and SoftBank Group’s SB Energy to further develop, refine, and scale their technology towards deployment. [4]

In February 2021, ESS launched a new range of storage systems with a 3MW capacity and between 6 and 16 hours of discharge duration, called the ESS Inc Energy Center. This new product differed from and built on their initial Energy Warehouse system, delivering a configurable, containerized utility-scale energy storage system for use serving front-of-the-meter use cases and large commercial and industrial sites. [5]

With GRIDS, ESS challenged long duration storage technology standards, identifying new materials, and trying new ways to lower costs, increase power, and innovate in their battery design. Through GRIDS, the ESS team was able to take an outside the box idea from concept to commercial reality, and soon will become a publicly traded company.

On May 3, 2021 solid-state battery maker Solid Power announced it had closed a successful Series B fundraising round led by the BMW Group, Ford Motor Company and Volta Energy Technologies. The announcement disclosed $130 million in new funding for Solid Power, as well as the expansion of an existing joint development agreement between Ford, BMW, and Solid Power for Solid Power to supply solid-state batteries for future Ford and BMW electric vehicles (EVs). In a statement announcing the news of the fundraising round, BMW leadership commented, “"Being a leader in advanced battery technology is of the utmost importance for BMW. The development of all solid-state batteries is one of the most promising and important steps towards more efficient, sustainable, and safer electric vehicles. We now have taken our next step on this path with Solid Power." [6]

2)     Non-aqueous batteries that incorporate inherent protection mechanisms that ensure no harm to vehicle occupants in the event of a collision or fire,

3)     Solid-state batteries that use no liquids or pastes in their construction, and

After the conclusion of Solid Power’s ARPA-E RANGE award, they were able to continue scaling and developing their solid-state battery technology through support from a number of automakers and venture capital organizations, including an initial $20M Series A round in 2018 with capital from BMW and Ford, as well as Samsung, Hyundai, Volta and others. [9] The latest $130M investment from Ford and BMW builds on that initial investment and partnership with Solid Power, fast-tracking the testing and integration of Solid Power batteries into its future vehicles starting next year with the goal of including Solid Power batteries into Ford and BMW electric vehicles by 2030. [10]

Cost-effective and energy-dense solid-state batteries like those being developed by Solid Power could be a potential game changing technology for the future of EV development and deployment. If technical successes in the space continue, solid-state batteries have the potential to compete directly with conventional Lithium-ion batteries in EV deployment, and Solid Power is working with promising commercial partners to continue to demonstrate this potential. Solid Power’s RANGE project and their continued success is a great example of how ARPA-E saw the potential of a promising technology space almost a decade-out with their initial ARPA-E award, and supported this technology past the lab research and development phase towards working with some of the biggest automakers in the world to successfully demonstrate the future of energy technology.