At ARPA-E, we’re committed to identifying and advancing transformational technologies that can fundamentally change the way we generate, store, and use energy. We focus on guiding a broad portfolio of early-stage energy technologies on a path toward the marketplace. Our wide-ranging portfolio demands that we engage a diverse group of potential customers – from vehicle manufacturers and electric utilities to semiconductor manufacturers and the U.S. military.

On Saturday, we celebrated Armed Forces Day to recognize the extraordinary men and women who serve in our nation’s military. To mark the occasion, we’re taking a look at the U.S. Department of Defense’s (DOD) energy use and how some ARPA-E project teams’ early-stage technologies could have military applications, as well as future commercial uses. DOD is one of the largest energy consumers in the world and, like other massive organizations, it’s identifying opportunities to increase its efficiency, curtail its emissions, and reduce its energy bill. As the Department of Energy’s advanced research agency, ARPA-E is advancing technologies that could help the military address some of its more unique energy challenges.

One such challenge is powering forward operating bases in remote areas. Currently, convoys must transport fuel across long, dangerous journeys to provide power at operating sites. A 2010 Marine Corps assessment estimated that 25 percent of fuel used by Marines in Afghanistan went to heating and cooling structures. ARPA-E’s BEETIT (Building Energy Efficiency Through Innovative Thermodevices) program is developing next-generation HVAC technologies. Under this program Georgia Tech is developing an innovative absorption heat pump that is smaller, more energy efficient, can be mass produced, and can run on energy from combustion, waste heat, or solar energy. The Department of Navy has provided Georgia Tech more than $2 million in funding to continue development of its heat pump in anticipation that the technology could be used to decrease military fuel use. If the military used higher efficiency HVAC systems such as those developed through the BEETIT program, it could decrease its energy use in air conditioning by up to 50 percent compared to conventional systems. 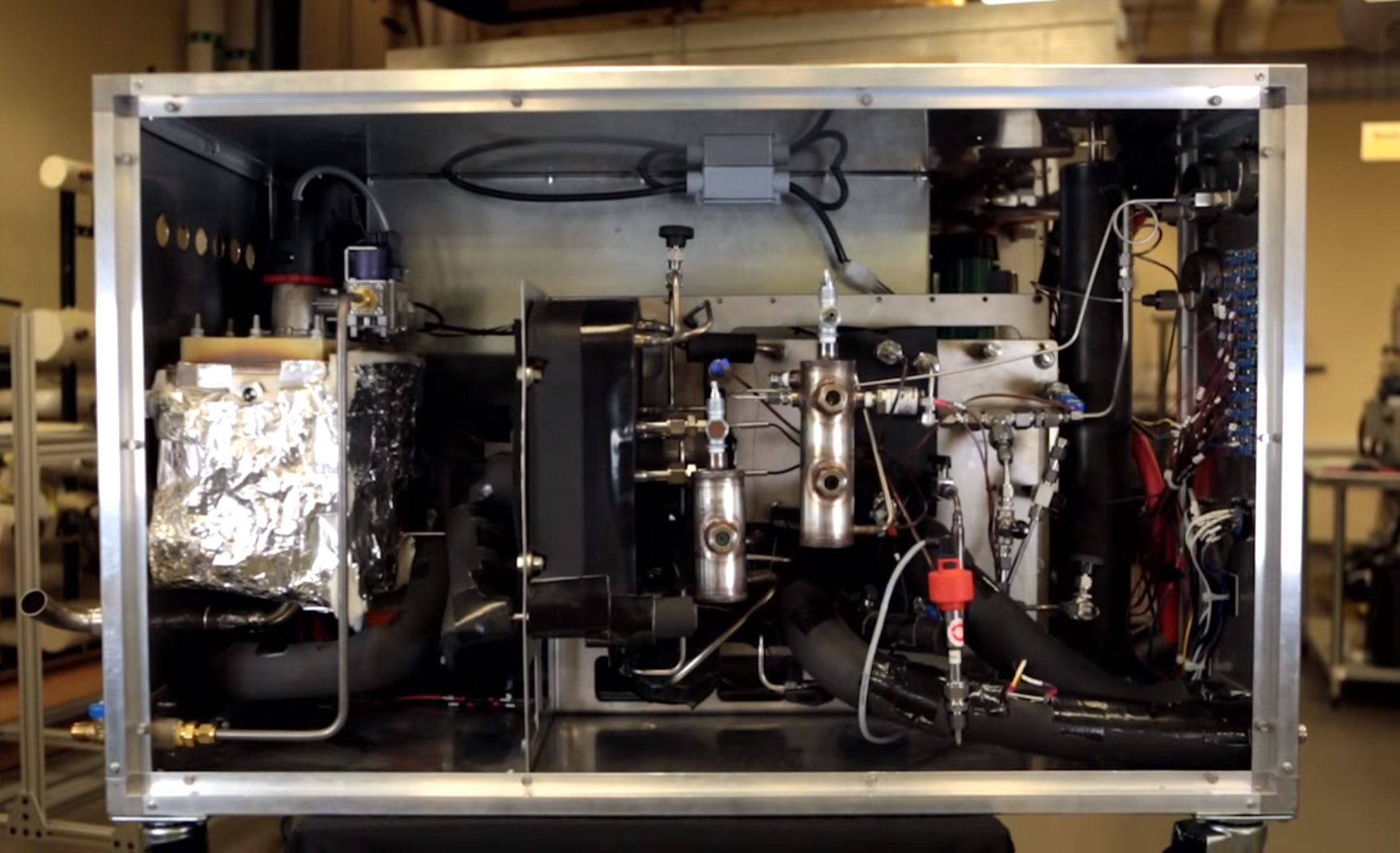 Also of interest to the military is portable, lightweight, and reliable power devices. Modern soldiers carry a range of high-tech tools (e.g. secure communications / radios, navigation, smart devices, night vision, etc.) that require batteries. But batteries add significant weight to a soldier’s pack and require time to recharge or replace, thus interrupting missions. ARPA-E’s REBELS (Reliable Electricity Based on Electrochemical Systems) program aims to develop transformational fuel cells that could provide greater fuel flexibility while simultaneously moving towards less expensive materials. The SAFCell project is engineering low-cost solid acid fuel cells that are nearly free of precious metal catalysts and can operate efficiently on multiple fuels. Fuel cells, like those developed by SAFCell and other REBELS project teams, could result in man-portable electric power systems capable of supporting even higher power modern warfare systems like robotics and unmanned aerial vehicles. These innovations could also improve troop mobility and increase operational capabilities. SAFCell has also received funding from the U.S. Army Research Laboratory to tailor their innovation towards a military application, and the Marine Corps has expressed interest in their solid acid fuel cells. Advanced technologies could also help forces stay warm or cool in harsh climates. ARPA-E’s DELTA (Delivering Efficient Local Thermal Amenities) program is developing localized thermal management systems with the goal of reducing building heating and cooling costs and emissions. As part of the program, the University of California, Irvine (UC Irvine) is engineering a dynamically adjustable thermoregulatory fabric. Inspired by squid skin, the fabric leverages established heat-managing capabilities to provide wearers the ability to adaptively harness their own radiant heat production. Such an advanced material could not only enable U.S. combat forces to perform across a greater range of environments, it could also dramatically reduce the energy required to heat and cool military installations all over the world. The ARPA-E DELTA team is exploring a partnership with the Army’s Natick Soldier Research and Development Center to help transition applicable breakthroughs towards potential military applications.

ARPA-E’s high-risk, high-reward research has benefits beyond the commercial marketplace. Project teams like Brayton Energy, Georgia Tech, and UC Irvine are developing technologies that could help the DOD reduce its energy consumption, increase its efficiency, and even improve its operational capabilities on the battlefield.

Stay in touch with ARPA-E by subscribing to our newsletter.