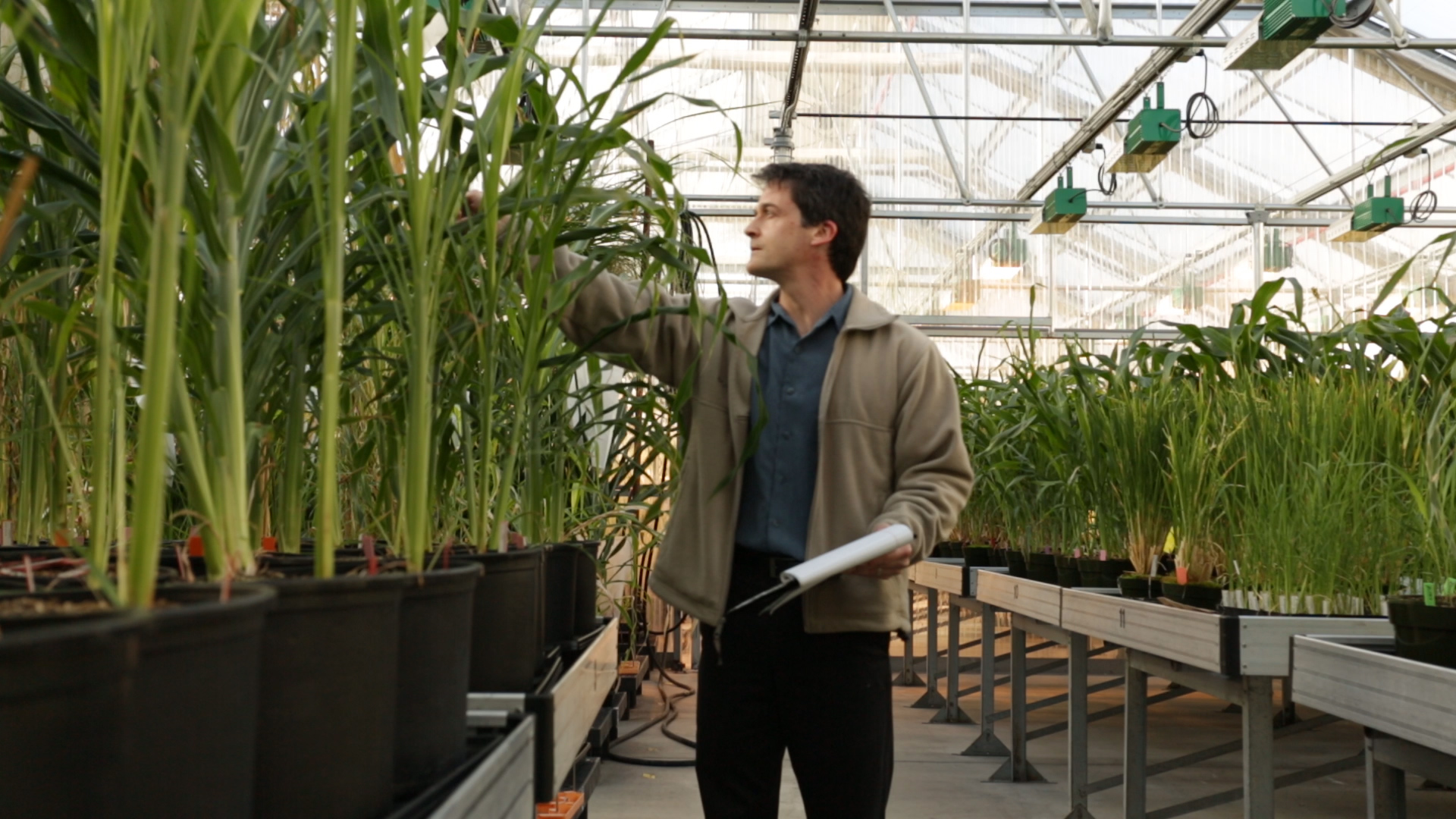 Energy crops are plants that can be used to make biofuels. The ideal crop can be grown quickly and densely with as little input as possible from farmers on land that’s otherwise unusable by agrarians. Once harvested, these energy crops can be converted into biofuel through various processes.

In late 2009, ARPA-E awarded Ceres, an energy crop company, $5 million to field test high-yield, low-input traits in grasses such as switchgrass, sorghum and miscanthus. Since then, Ceres has produced test-grass yields with up to 50 percent more biomass than other grasses—a promising indicator of success.

Founded as a genomics technology firm in 1997, Ceres now applies the techniques used in the Human Genome Project to crops, with the goal of creating biofuels that have fewer inputs and higher yields. This innovative technology presents several benefits over current biomass production methods. The grasses that Ceres is developing are growing bigger using less fertilizer than other grass varieties. Hardier grasses also require less land to grow, and could be planted in areas where other crops can’t grow.

The widespread use of advanced biofuels would contribute to U.S. energy independence, possibly displacing up to 1.26 billion barrels of oil over 10 years. In addition, advanced biofuels could follow apath similar to that of first-generation renewable fuels, which contributed more than $53 billion to the 2009 GDP. Ceres’ project alone has created or maintained 20 to 25 full-time positions and supported more than 12,000 hours of seasonal or part-time labor in high-unemployment areas.

Ceres’ work could also be applied to food crops: producing more food crops with fewer resources would lower the cost of food and increase our ability to feed the growing world population.

Learn more about Ceres’ progress in their featured video at the 2013 ARPA-E Energy Innovation Summit, held February 25-27 at the Gaylord National Harbor, just outside Washington, D.C.

Ceres will be among the hundreds of innovative companies displaying breakthrough technologies at the Summit Technology Showcase.