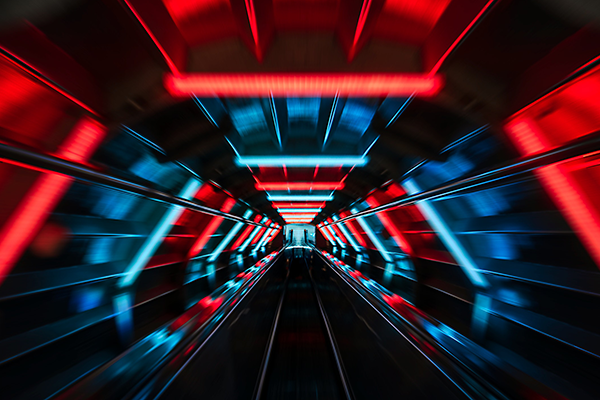 While the NIF result equals the decades-old record tokamak scientific energy gain of approximately 0.7, it represents a worldwide first for any laboratory fusion experiment in achieving an even higher degree of fusion self-heating, putting it solidly into a regime that fusion scientists call a “burning plasma.”

Exciting as NIF’s accomplishment may be from a physics perspective, it is a recent advancement on the engineering side made by ARPA-E awardee Commonwealth Fusion Systems (CFS) that could bring the tokamak fusion concept a giant step closer to commercially viable fusion energy.

On September 5, 2021, CFS and their partners at the Massachusetts Institute of Technology (MIT) announced a successful test of their 20-tesla toroidal-field model coil, demonstrating that their magnet can actually be constructed from cutting-edge, high-temperature superconductors (HTS). Such a magnet enables tokamaks that are significantly smaller, lower cost, and faster to build than ones based on conventional low-temperature superconductors, such as ITER.

Based on the 60-plus years of research on tokamak physics and its high level of scientific maturity, CFS is confident that if and when SPARC - their tokamak based on this magnet design - is built, it will achieve a scientific energy gain between 2 and 10, quite possibly within this decade. This would constitute the next major scientific milestone for the tokamak that is expected to accelerate and unleash further engineering efforts toward a pilot-scale fusion demonstration.

ARPA-E's Fusion Portfolio Poised to Capitalize on the Recent Achievements*

ARPA-E has funded over 40 new fusion R&D projects over the past two years, all with a focus on enabling timely, commercially viable fusion energy. Many of these projects stand to benefit from and further build on the groundbreaking NIF and CFS/MIT results.

For example, the University of Rochester’s Laboratory for Laser Energetics (LLE) and the Naval Research Laboratory (NRL) are developing next-generation, high-efficiency, high-bandwidth laser technologies that could lead to more efficient coupling of the laser energy into the fuel and eventually be suitable for high-repetition-rate operation.

A project from CFS funded through ARPA-E's BETHE program aims to show that the central-solenoid magnet of the tokamak can also be built using HTS, which could further open up the design space and accelerate the development path toward a commercially viable tokamak-based fusion system.

Further, all the project teams in ARPA-E's GAMOW program are working on R&D needed to close the technological gaps between a net-gain fusion experiment and a pilot-scale fusion-energy demonstration, such as first-wall and tritium-breeding materials and technologies and lowering the cost of HTS conductors.

While both the tokamak and laser-driven ICF have additional major physics milestones to pursue - namely getting to high-enough energy gains and high-duty-cycle operation for economically competitive fusion - the recent major achievements by CFS/MIT and at NIF motivate accelerated applied R&D efforts, such as those being supported by ARPA-E, toward pilot-scale fusion-energy demonstrations.

*The particular projects mentioned in this section and the GAMOW program are jointly sponsored by ARPA-E and DOE Fusion Energy Sciences.