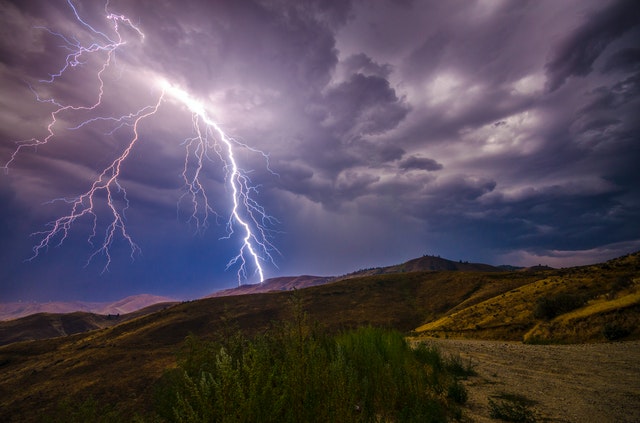 What if the key to unlocking low-carbon, nitrogen-rich fertilizer came to you in a flash? That’s exactly what happened to ARPA-E awardee Nitricity, who developed a way to create their own lightning that separates nitrogen from the air with practically zero carbon dioxide (CO2) impact.

For those of us who’ve forgotten most of our high school chemistry and physics, lightning is key to allowing plants to grow. Nitrogen is an essential nutrient that plants take up from the soil. Lightning fixes nitrogen to fertilize plants by creating an electric field so strong that it turns the air into a conductive plasma and splits nitrogen molecules apart. Free nitrogen atoms then combine with oxygen to form nitrogen dioxide, which dissolves in the water found in clouds to form nitric acid, before ultimately forming nitrates which are brought back to the soil when it rains to fertilize plants.

However, naturally occurring lightning does not produce enough fertilizer to sustain our growing global population. Today,  the Haber-Bosch process is used to produce the nitrogen fertilizer we need. This process, which uses metal catalysts under high temperature and pressure to synthetically produce most of the nitrogen and ammonia fertilizers we use today, is one of the most significant scientific advances of the 20th century. Unfortunately, Haber-Bosch runs on coal and natural gas and results in more CO2 emissions than any other chemical-making reaction in the world. For context, Haber-Bosch factories emit ~1.4% of global CO2 emissions while also consuming 1% of total energy worldwide.

Nitricity may have found a way to sidestep Haber-Bosch altogether using artificial lightning, developing a non-thermal plasma reactor that runs on renewable electricity which could almost completely decarbonize the production of nitrogen fertilizer.

Nitricity has built a novel power supply and reactor to generate plasma. Their plasma generator can take electricity from an adjacent solar panel array and essentially containerize lightning. This artificial lightning is then used to produce fixed nitrogen in solution with water which can then be injected it into an irrigation system. Where Haber can emit ~1.96 lb of CO2 per 1 lb of nitrogen fixed, Nitricity’s fully realized plasma process will emit only ~0.026 lb of CO2 for every lb of nitrogen fixed. 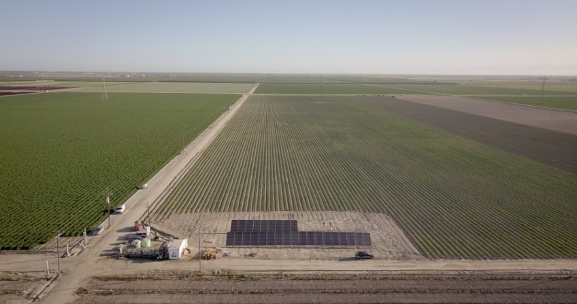 An added bonus of Nitricity’s technology is that it can be located on or near individual farms themselves. Whereas large-scale Haber plants are often located hundreds or thousands of miles away from the farms their products serve, Nitricity can deploy their system in a shipping container hooked up to an irrigation pump, allowing farmers to produce their own fertilizer on site, or at a local facility to provide tanks of nitrogen fertilizer. Nitricity could enable better fertilizer products for farmers using renewable electricity with dramatically lower CO2 emissions and alleviate supply chain issues and safety concerns associated with storing and shipping large amounts of nitrogen.

The plasma reactor and present-day efficiencies allow this technology to work in high value, irrigable fertilizer markets. Nitricity has installed two solar-fertilizer pilots on a farm in California’s Central Valley that have provided fertilizer for tomato, pepper, and broccoli crops.

Nitricity’s technology could truly revolutionize nitrogen fertilizer production in the United States. The Haber process represents a $68 billion global market and a 1 gigaton CO2 equivalent per year mitigation opportunity. Nitricity’s containerized lightning might just be the flash of brilliance needed to upend this legacy process altogether.

For more information on Nitricity's technology and team, watch the video below from Pique Action.