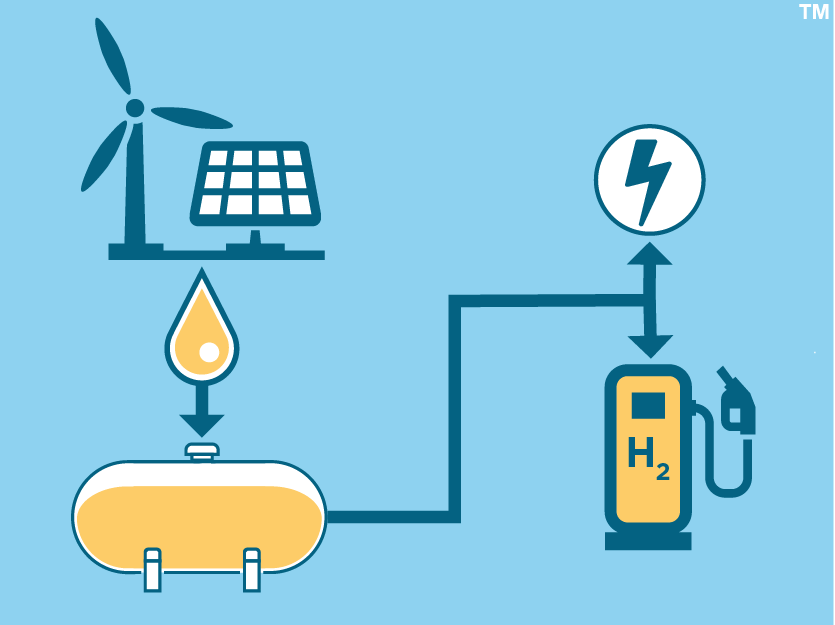 Working to find outside-the-box solutions that address existing limitations of energy technologies is a unifying goal among many ARPA-E programs. A core aspect of our mission is to look at how we can develop new materials, new processes, and new technologies to solve complex problems, with a particular focus on decreasing carbon emissions across a range of energy applications.

One such space that ARPA-E identified for impact back in 2016 was the development of manufacturing low-carbon, renewable liquid fuels that are cost and performance competitive with existing petroleum-based fuels. ARPA-E launched the Renewable Energy to Fuels through Utilization of Energy-dense Liquids (REFUEL) program to develop technologies to convert air and water into Carbon Neutral Liquid Fuels (CNLF). The goal was for CNLF’s developed under REFUEL to be stored, transported, and later converted into hydrogen or electricity to provide power for transportation applications in the same way as currently used petroleum-based fuels. REFUEL teams focused on both meeting the economic value and competing with current effectiveness of petro-fuels, but with lower energy delivery costs and decreased carbon footprint.

The projects selected through REFUEL explored a range of scalable technical approaches to convert renewable electrical energy into energy dense CNLF’s. Over the course of the program, next-generation CNLF technologies were developed utilizing new fuel cell designs, new ammonia conversion and separation processes, and new membranes. As the program continued, ARPA-E began to see that in order to effectively scale and commercialize these CNLF technologies, there was a need to demonstrate and test them under realistic use-case scenarios.  To address this need, ARPA-E launched a supplemental program to REFUEL – REFUEL+IT – focused on the Integration and Testing (IT) of the type of technologies developed within the REFUEL program.

Earlier this year, RTI International was selected to receive $10M in funding under REFUEL+IT to develop a Technology Integration Platform (TIP) to demonstrate next-generation ammonia production from intermittent renewable energy in a test-bed environment and its use for energy generation. RTI’s TIP involves a skid-mounted ammonia synthesis system at a production scale of 1 metric ton of ammonia per day to demonstrate the next-generation CNLF production at small scale. It leverages advances made in several REFUEL projects. The REFUEL+IT TIP will be housed at the University of Minnesota’s West Central Research and Outreach Center (also a part of a REFUEL project), which developed an operational hybrid wind and solar-to-ammonia field site, to integrate and validate the most promising breakthrough technologies developed through the REFUEL program.

Several teams from the REFUEL program, as well as several commercial and University partners, are working under RTI’s REFUEL+IT award to develop the TIP platform. In addition to RTI and the University of Minnesota’s West Central Research and Outreach Center, additional partner organizations include Casale SA, Shell International, Nutrien, University of Minnesota, Texas Tech University, GE Research, Pacifica, Chemtronergy, LLC., and Nel Hydrogen U.S. Validation testing done with RTI’s TIP could enable the REFUEL teams and other commercial CNLF developers to scale their processes effectively, moving further towards commercialization and taking these potentially game-changing technologies out of the lab and into the marketplace.