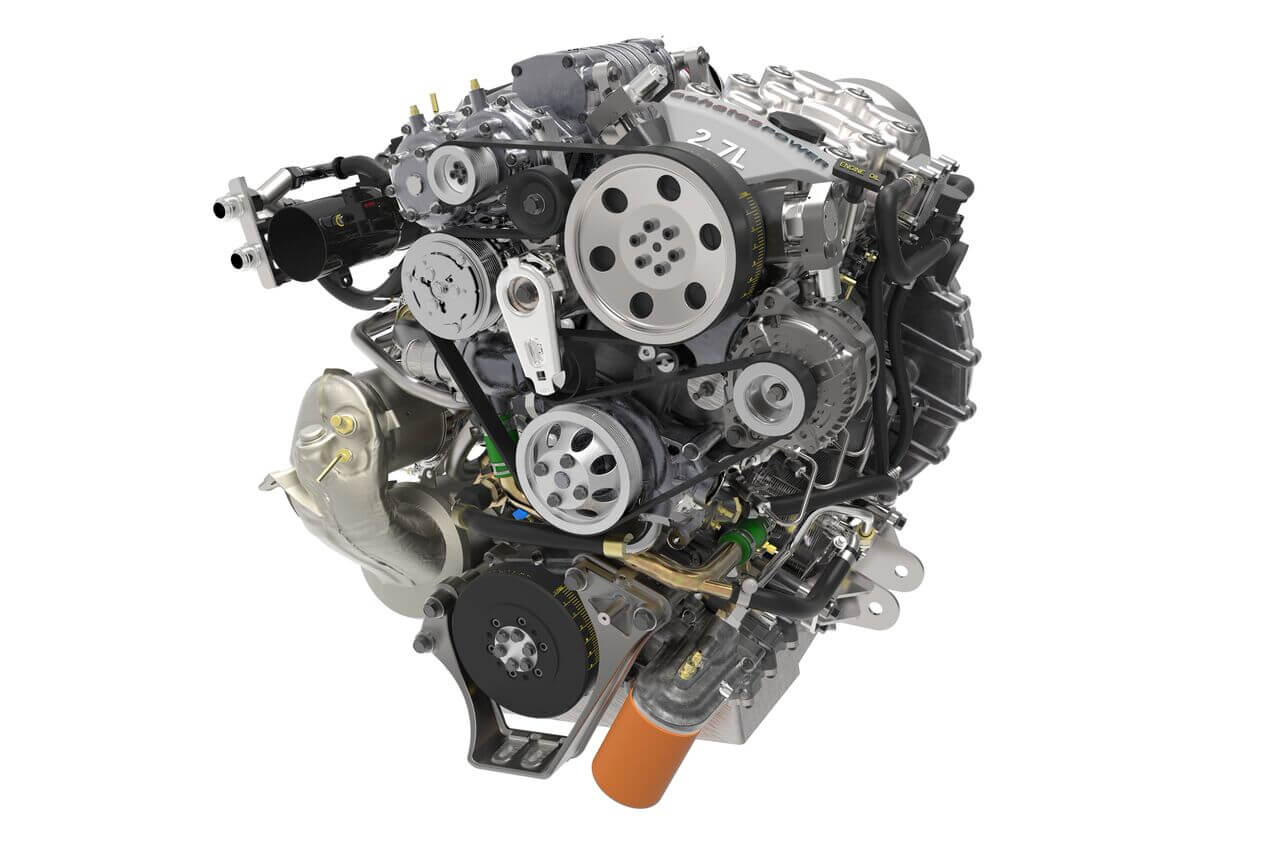 Every year, DOE’s Advanced Research Projects Agency-Energy (ARPA-E) welcomes thousands of energy innovators, entrepreneurs, investors, and government professionals to its Energy Innovation Summit. Among all the world-class speakers, panelists, and networking opportunities, the can’t-miss star of the Summit is the Technology Showcase, where nearly 300 exhibitors show the world the future of American energy innovation.

A visit to the Tech Showcase would be incomplete without a stop by one of ARPA-E’s six technology demonstrations—specialized events highlighting some of the agency’s most interesting projects. This year’s Summit is right around the corner from March 13 through 15, so we’ve developed a handy guide to make sure you don’t miss out on these groundbreaking technologies.

Achates Power received an ARPA-E award in the agency’s OPEN 2015 funding opportunity to support the development of a new engine hardware design. Like a standard automotive engine, Achates’ engine design uses pistons to drive a crankshaft and make a vehicle move. Their design is unique because it uses six pistons in opposition to one another across three cylinders and doesn’t require spark plugs, instead igniting gasoline fuel through compression alone (like a diesel engine). Combined, these benefits lead to a gasoline engine that is potentially 50 percent more efficient than today’s gasoline engines with similar power and torque. Summit attendees will have the chance to see the engine in Achates’ new Ford F-150 test vehicle. 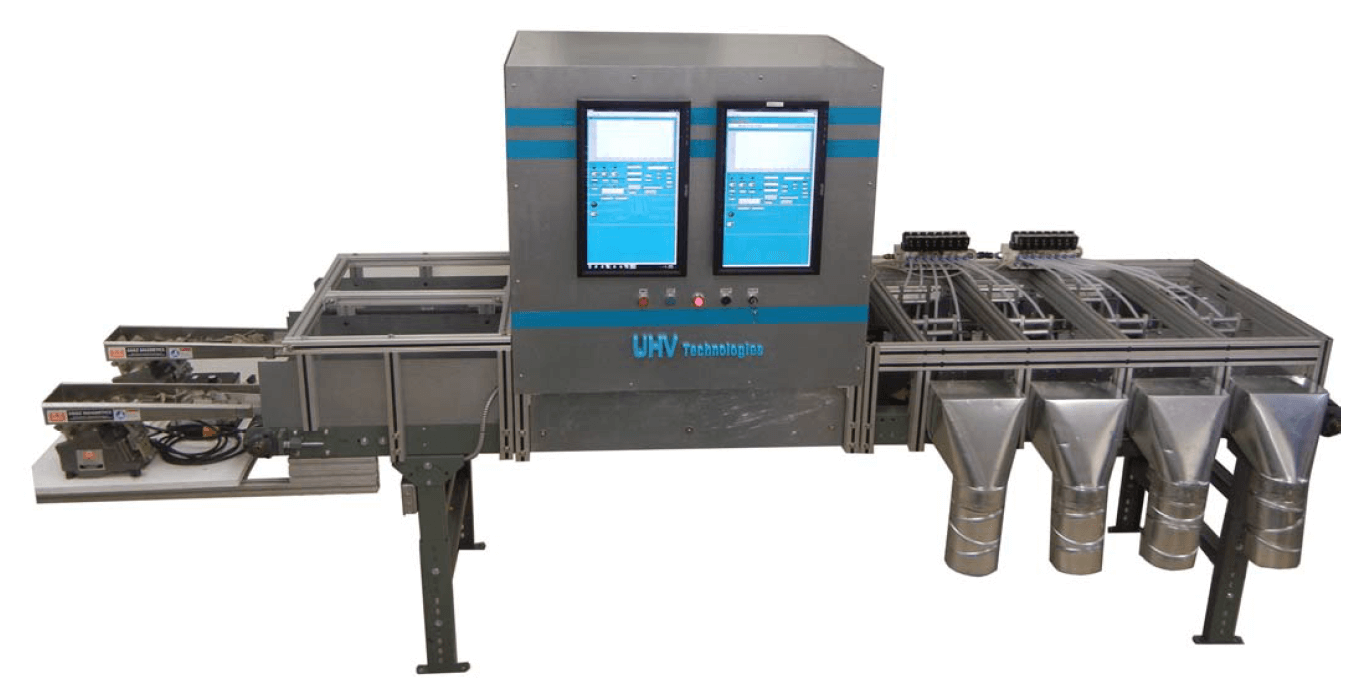 Part of ARPA-E’s METALS program, the UHV team has built a machine to sort different kinds of scrap metal using x-rays and a camera system. Separating non-magnetic metals and alloys such as aluminum and copper/brass from one another is normally an extremely labor-intensive process, and today, scrap is frequently exported for hand-sorting. UHV’s technology enables cost effective, automated sorting domestically, so the recycled metals can easily be used for manufacturing in the United States. UHV’s machine is capable of sorting many different kinds of scrap, including metals like aluminum, stainless steel, copper/brass, zinc, lead and several alloys. The demo will showcase their two-lane sorter with two types of scrap metal. 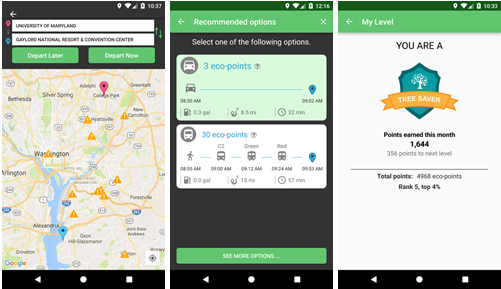 This University of Maryland TRANSNET awardee has developed a new way to help travelers get across town using its incenTrip system. Because urban transportation systems are dynamic and change in real time, it’s not always easy to figure out the best way to get from point A to B at any time, especially for the energy-conscious traveler. IncenTrip is working to change that using a model that predicts in real time how travelers move and their subsequent energy impact. By using a system of personalized monetary and non-monetary incentives, the incenTrip team is reinventing how people can save energy while on the move. Demo participants will be able to download the app and try it out for themselves. 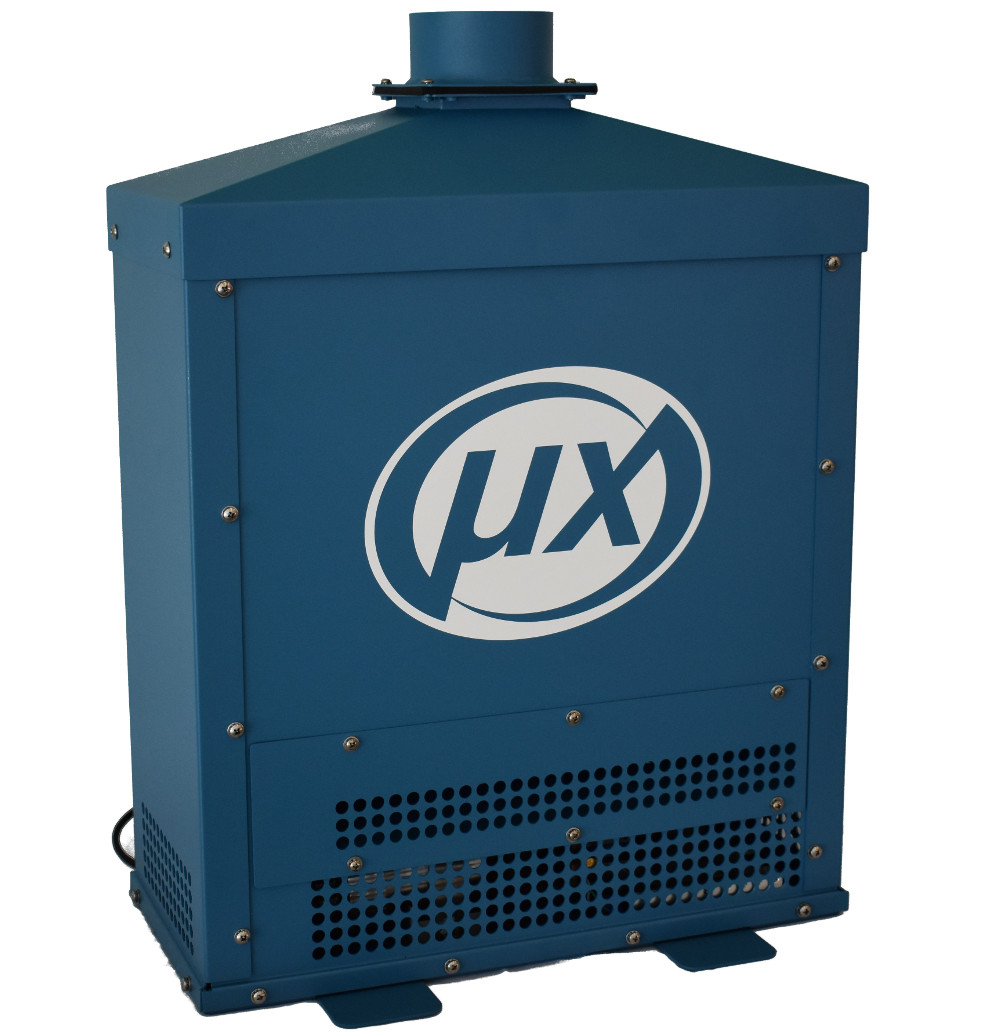 Heating and cooling office buildings requires a huge amount of energy. DELTA awardee Syracuse University hopes to change that with their new technology, a system to keep individuals at their perfect temperature while allowing buildings to have an energy-saving wider range on the thermostat. The μX system uses a substance called a phase change material (PCM), that freezes at around 60°F and can store up to 10 hours of cooling power discreetly near a worker’s desk. Because it “recharges” at night when workers go home, daytime operation is virtually silent, with just a small fan delivering perfectly cooled air to the occupant. In the cold months, a small built-in heater eliminates the need for that backup office blanket. Summit attendees will have the chance to see a μX prototype in action. 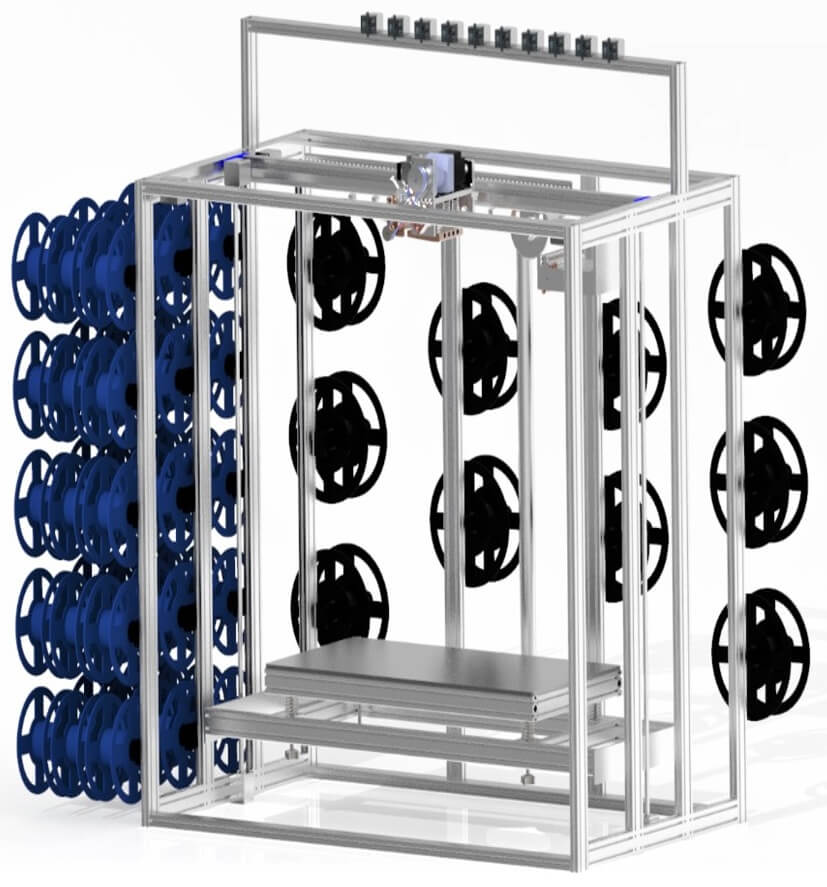 Heat exchangers are the unsung heroes of heating and cooling, working hard to keep temperatures in the green zone for power plants, heating and air conditioning, industrial processes, refrigerators, and much more. This University of Maryland ARID team has developed an innovative 3D printer to build a new kind of heat exchanger based on a composite polymer containing metal fibers. Thanks to its clever construction, the exchanger is lightweight and efficient, and because the 3D printer has multiple printer heads working all at once, it can be produced quickly. Watch the 3D printer at work during UMD’s demo.

The Robotic Crop Monitoring Platform: University of Illinois at Urbana-Champaign 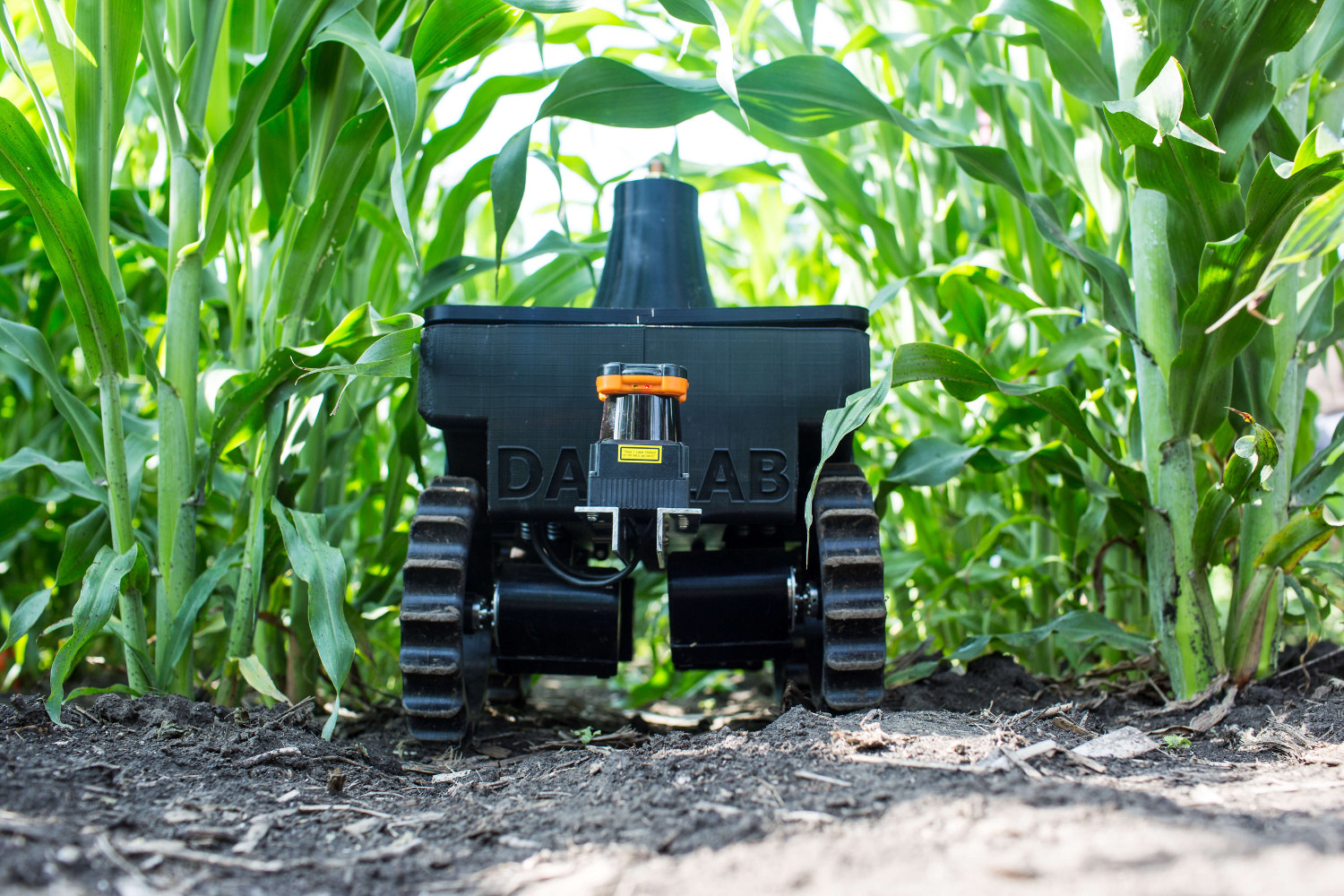 The University of Illinois at Urbana-Champaign’s TERRA project set out to build an autonomous robot to collect highly detailed data about energy crops (the kind that make biofuels) to help farmers and scientists develop more productive plants faster. Its TerraSentia product is a small, low cost, smart rover capable of measuring key traits about plants quickly and accurately. Once this information is analyzed using sophisticated machine vision tools, researchers will be able to make decisions about which plants show the greatest potential as a biofuel feedstock and breed them accordingly. The result? Drastically faster breeding toward energy-packed, domestic biofuel crops. Come see TerraSentia on the move at this year’s Summit.