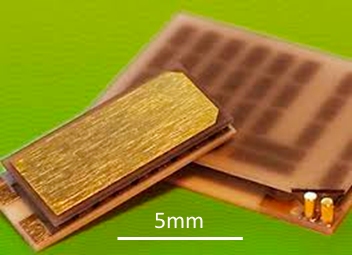 In January, we introduced a new series to highlight the transformational technology our project teams are developing across the energy portfolio. Through thermoelectric power devices and electric vehicle (EV) chargers, Phononic Devices and Arkansas Power Electronics International (APEI) are turning electrical efficiency ideas into reality.

Waste heat is an unavoidable by-product of any power produced by electrical devices or machines. While a little heat from a computer or cell phone does not seem like a big deal, the cumulative loss of heat from all power generated in the U.S. each year is over 50% of U.S. energy consumption. In some cases, air conditioners are even used to expel waste heat, which creates more wasted energy and can cause temperatures to rise in dense urban environments. Waste heat capture, which turns excess thermal energy into electricity, has the potential to provide consumers with billions of dollars in energy savings each year. Under ARPA-E’s OPEN 2009 program, Phononic Devices worked to recapture waste heat and convert it into usable electric power via compact and efficient thermoelectric waste heat converters and coolers based on lead chalcogenide materials using molecular beam epitaxy (MBE).

Most existing commercial thermoelectric devices are based on technologies and innovations made as early as the 1950s. Over the last twenty years, there has been an enormous improvement in ability to control uniformity of synthesis and microstructure of thermoelectric materials, increasing thermoelectric performance. The semiconductor industry has developed and reduced the cost of MBE to enable products such as LEDs and solar cell coatings, which allows for micron scale control of the chemistry of a thermoelectric module. By combining these advances, Phononic developed a superior thermoelectric device that demonstrated the ability to layer materials up to 20 microns thick with performance comparable to the best of other thin film approaches. The company also demonstrated and achieved low electrical contact resistance in the device.

Phononic has received nearly $178 million in additional private follow-on funds for their thermoelectric waste heat converter, and has formed five private partnerships. The team made significant technical advances in the engineering and manufacturing of its thermoelectric devices, which it leverages in its advanced heat transport systems to deliver a diverse range of heating and cooling products. Phononic is also addressing the market of hot spot cooling for high-power fiber optics, taking advantage of the high power densities and sub-millimeter size. The company has entered into the wine and hospital refrigeration markets, which benefit from advantages that only thermoelectric cooling systems can provide such as low noise, no vibration, and exact and uniform temperature control.

After concluding its ARPA-E award, APEI was acquired in 2015 by Cree and merged with Cree’s Power and RF division to form a new team, Wolfspeed. Wolfspeed works to revolutionize wide band gap (WBG) power electronics systems by developing a high-performance Silicon Carbide (SiC)-based power module and associated gate driver to improve overall performance.  The reduction of electrical parasitics enables higher frequency operation and higher power density. The team has since developed a new module based on coupling Wolfspeed’s SiC transistor (MOSFET) design with packaging technology specifically optimized to maximize the performance of the SiC chip for low inductance, higher temperature capability, and a small gate loop through high-level gate driver integration. After receiving follow-on funding from the Department of Energy’s (DOE) Vehicle Technology Office, the module was tested by integration into a Toyota 2010 Prius Plug-In Hybrid Electric Vehicle Platform to demonstrate the performance of the module and Wolfspeed’s SiC-based system design philosophy. Additionally, their module is now represented in an active product line, the HT-4000 series of power modules and an associated evaluation gate driver board, and Wolfspeed’s demonstration of the plug-in vehicle charger technology was recognized with an R&D 100 award in 2014.

Most recently, Wolfspeed has worked closely with DOE’s PowerAmerica manufacturing institute to accelerate the development and reliability testing of its medium-voltage (3.3kV to 10KV) SiC power device technology. In May 2019, the team announced a $1 billion, five-year investment to create an automated 200mm silicon carbide fabrication facility and materials mega factory at its U.S. campus headquarters in Durham, NC.