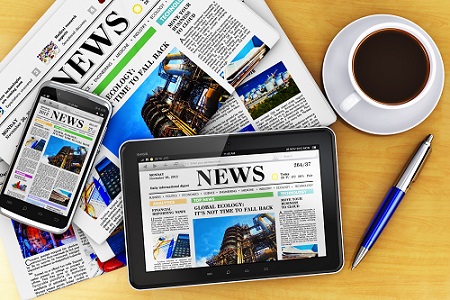 The U.S. Department of Energy’s Advanced Research Projects Agency-Energy (ARPA-E) today announced up to $30 million in funding for a new program focused on creating innovative components for the next generation of batteries, fuel cells, and other electrochemical devices. ARPA-E’s Integration and Optimization of Novel Ion Conducting Solids (IONICS) program will create high performance separators and electrodes built with solid ion conductors.  The IONICS program will also focus on new processing methods and device integration to accelerate these high performance components to commercial deployment.

Electrochemical cells hold great potential for energy applications because they connect chemistry with electricity. Specifically, they can be used to both extract electrical energy from chemical bonds (e.g. in a fuel cell for combined heat and power applications) as well as to store electrical energy in chemical bonds (e.g. charging a battery). The cells can carry out these processes efficiently and across a wide range of power levels, which allows them to be used in both a distributed manner and in large centralized facilities. The IONICS program focuses on the parts of the electrochemical cell that conduct ions and concentrates on solids because of the enhanced performance they can offer.

The IONICS program will focus on three main applications: energy storage for the transportation sector, grid storage, and hydrogen fuel cells and electrolyzers. The energy storage used for automotive applications today, such as electric vehicles, is based on Lithium-ion technology that is approaching performance limits.  The IONICS program seeks to enable a new generation of Lithium-based batteries that will allow a longer driving range and lower cost by enabling the use of Lithium metal as a battery electrode. For grid applications where wind and solar are rapidly expanding and facing constraints due to output intermittency, the IONICS program seeks to enable a new generation of batteries (including flow batteries) that will have lower cost and longer life, with an ultimate goal of providing a steady power output from wind and solar though the use of batteries at costs similar to today’s electricity prices. Finally, the IONICS program will create a critical component of a hydrogen fuel cell or electrolyzer that will allow operation with less expensive catalyst materials, which will lower cost and increase the commercial potential of hydrogen as an energy carrier for use in vehicles, homes and other applications.

ARPA-E is encouraging outstanding scientists and engineers from different organizations, scientific disciplines, and technology sectors to form new project teams for the IONICS program. ARPA-E believes that interdisciplinary and cross-organizational collaborations can facilitate scientific and technological discoveries that a single group alone would not be able to achieve.

More information on the IONICS Teaming Partner Arrangements and the full IONICS Funding Opportunity Announcement can be found here.