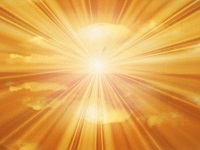 High utilization of renewable energy is a vital component of our energy portfolio. Solar energy systems can provide secure energy with predictable future costs—largely unaffected by geopolitics and climate—because sunshine is widely available and free. The projects that comprise ARPA-E’s FOCUS program, short for “Full-Spectrum Optimized Conversion and Utilization of Sunlight,” could pave the way for cost-competitive hybrid solar energy systems that combine the advantages of existing photovoltaic (PV) and concentrated solar power (CSP) technologies.

Today’s solar energy systems account for roughly 1% of electricity in the United States each year. Most of this energy is generated by PV systems, which directly convert solar energy into electricity using a solar cell made of a semiconductor material. The remainder is generated by CSP systems, which focus the direct component of sunlight and collect the heat to power an electricity-generating turbine. PV systems can generate power at costs comparable to traditional sources, but they are only useful when the sun is shining. CSP systems allow solar energy to be stored as heat and distributed as needed, but the levelized cost of electricity from CSP is more than twice that of PV. The FOCUS program seeks to create hybrid solar energy systems, which combine the best elements of both technologies to get the most out of the full solar spectrum, generating both electricity and heat within the same system.

If successful, FOCUS projects will enable cost-effective solar energy systems that offer the best of today’s existing technologies: high-efficiency conversion of sunlight to electricity and stored, dispatchable energy from heat.

Enabling distributed generation of low-cost solar electricity would reduce the impact of catastrophic supply disruptions on the grid.

Replacing energy systems powered by fossil fuels would provide an immediate decrease in greenhouse gas emissions, 40% of which come from electricity generation today.

Cost-effective, dispatchable solar energy alternatives would stabilize electricity rates for consumers as the penetration of renewable energy increases in the coming years.