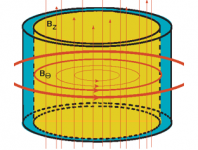 Fusion energy holds the promise of virtually limitless, clean power production. Although fusion has been demonstrated in the laboratory, scientists have been unable to successfully harness it as a power source due to complex scientific and technological challenges and the high cost of research. Most fusion research focuses on magnetic confinement (low plasma density) or inertial confinement (high plasma density), but hybrid approaches with intermediate densities, such as magneto-inertial fusion, could cost less because of their reduced size, energy and power density requirements. In this hybrid approach a plasma fuel called a target is heated and compressed by magnetic and inertial forces, causing its nuclei to fuse. However, it is challenging to maintain the stability of the plasma target long enough for fusion to take place. Additionally, the process of heating and compressing the fuel often requires single-use components that are destroyed with each experiment and need to be replaced, adding to the cost and time required for research.

MIFTI is developing a new version of the Staged Z-Pinch (SZP) fusion concept that reduces instabilities in the fusion plasma, allowing the plasma to persist for longer periods of time. The Z-Pinch is an approach for simultaneously heating, confining, and compressing plasma by applying an intense, pulsed electrical current which generates a magnetic field. While the simplicity of the Z-Pinch is attractive, it has been plagued by plasma instabilities. MIFTI’s SZP plasma target consists of two components with different atomic numbers and is specifically configured to reduce instabilities. When the heavier component collapses around the lighter part, a shock front develops that travels faster than instabilities can grow, allowing the plasma to remain stable, long enough for fusion to occur. The approach also allows researchers to perform experiments in rapid succession, since it does not involve single-use components. MIFTI’s design simplifies the engineering required for fusion through its efficiency and reduced number of components.

MIFTI’s innovation could accelerate the development of cost-effective fusion reactors, which could provide a nearly limitless supply of domestic power and eliminate dependence on foreign sources of energy.