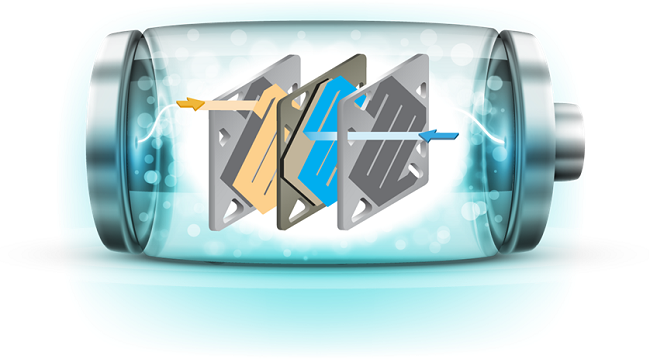 Tell us a little about your background. How does your previous experience provide insight into your work at ARPA-E?

Dr. John Lemmon: I was a research scientist at GE Global Research Center for 13 years before moving to Pacific Northwest National Laboratory (PNNL). I’ve worked on a lot of different materials related to electrochemical devices such as fuel cells and batteries, and I’ve learned that even for well-established fields with decades of research, there will always be the potential for new, revolutionary ideas.

What technology does REBELS focus on?

Why is ARPA-E investing in fuel cells through the REBELS program?

Dr. John Lemmon: The electrical grid as we know it is beginning to change. The current model of centralized power generation, transmission, and local distribution will need to evolve, especially as more renewable resources come online. Distributed generation (DG) could offer more reliability and flexibility to the grid, but so far it’s mostly limited to emergency backup generators. Fuel cells are one potential DG technology but they currently cost too much and are limited in terms of services they can provide to the grid. The goal of the REBELS program is to reduce the cost of fuel cell systems and increase their functionality.

Which parts of this program are you most excited to see explored further?

Dr. John Lemmon: There are three technical approaches within the REBELS program: 1) ITFCs, 2) ITFCs with charge storage for battery-like response, and 3) ITFCs with the capability to convert natural gas to liquid fuels. All three categories are new and exciting. Whether it’s reducing the cost of fuel cells or increasing the functionality by enabling battery-like response or fuel production capability, I am hopeful that REBELS will have a tremendous impact on DG applications.

From your perspective, how do you define success for REBELS in both the short- and long-term?

Dr. John Lemmon: The first hurdle to overcome is demonstrating that ITFCs can operate efficiently and have a lifetime approaching 10 years. Once we’ve shown that, I think companies working in industries like telecommunications and data centers will be very interested because these systems will offer the chance for cheaper and more reliable power production. I think the ultimate long-term market will be small DG systems for microgrids and even single residences.

How can REBELS spur innovation in the fuel cell community? How does the technology found in REBELS help Americans?

Dr. John Lemmon: American fuel cell companies are trying to lower the cost of fuel cell systems, but it’s been a big challenge. I believe the technologies coming out of the REBELS program will help these companies lower the cost even faster and increase the number of DG units both here and around the world. Greater DG penetration with increased fuel cell functionality will enable grid reliability and efficiency, which benefits everyone.