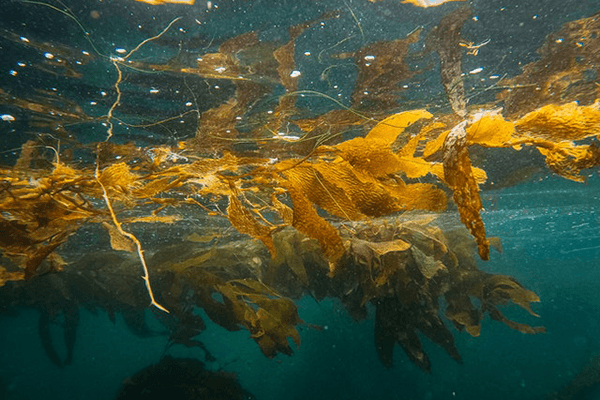 The land-based counterparts of our oceans’ most notorious carnivores, the hungry entrepreneurs from popular reality TV show Shark Tank, recently had their mouths watering at a new product developed by ARPA-E awardee Umaro Foods. Their innovation, plant-based bacon, comes from an unexpected protein source: ocean-farmed seaweed.

Umaro recently brought their plant-based bacon for a high-profile taste test on Shark Tank. After enthusiastically pitching their seaweed bacon to the Sharks, including a detailed explanation of how the future of plant-based protein could be found in the ocean, Umaro founders Beth Zotter and Dr. Amanda Stiles found themselves stuck in the middle of a feeding frenzy between serial entrepreneur and Dallas Mavericks owner Mark Cuban and “Queen of QVC” Lori Greiner.

Ultimately, the team from Umaro accepted a $1 million offer from Cuban for a 7% share of their company. This funding follows $3 million raised in a Series A funding round led by AgFunder.

Umaro Foods received $5 million in funding from ARPA-E in 2018 through the MARINER program to develop mass-scale seaweed farming. The MARINER program funds projects that seek to put America at the forefront of marine biomass production, particularly macroalgae, for various uses, such as the production of biofuels. Umaro Foods originally set out to design and develop a rugged and resilient offshore sea farm with high yield and low capital cost. Though their original ARPA-E project targeted biofuels as a long-term use case of their seaweed farm technology, the company pivoted to creating plant-based food products when they realized their protein could provide an environmentally friendly alternative to traditional animal-based proteins in the short term.

Raising and processing animals as a source of dietary protein presents several environmental challenges, including the significant greenhouse gas emissions produced, the staggering amount of fresh water required, and the amount of land needed. Turning to the oceans - and seaweed specifically - for a plant-based alternative represents a potential solution to those concerns. Seaweed is a source of protein that does not require fertilizer, fresh water, or land, giving it a substantially smaller environmental footprint. Nitrogen, a core building block of protein, is abundantly available and renewable in the ocean, making seaweed a powerful protein source. Seaweed is also packed full of vitamins and minerals and can have up to 10x the amount of protein of an acre of soybeans if farmed correctly. Seaweed is a superfood for the body and the planet, and Umaro Foods is taking advantage of this by building macroalgae aquaculture farms to produce proteins from seaweeds on a large scale.

Umaro’s seaweed bacon, set to hit the markets in Q2 of 2022, uses proprietary red algae protein to get the color, shape, taste, and crunch that we expect from animal bacon. Umaro’s offshore aquaculture farming techniques are low-cost, low impact, and commercially scalable. Looking to the future, the Umaro team are excited to expand into a range of plant-based alternatives to breakfast meats and cured meats. With seaweed alternatives this good, it will be a race between us and our carnivorous counterparts to get a taste of this delectable delight!