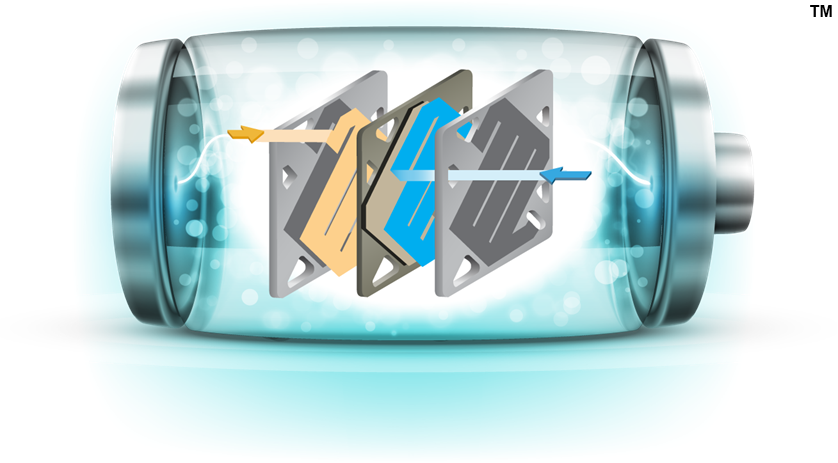 The REBELS of Distributed Power

Fuel cells use the chemical energy in fuels to produce clean, safe, and efficient electricity. Fuel cells can also be used to provide distributed power generation (DG), which refers to electricity generation located at or near the site where it will be used. Efficient, fuel-flexible, cost-competitive DG systems provide reliable stationary combined heat and power (CHP) for a variety of applications, including commercial buildings and data centers.  There is a critical need to develop fuel cell technologies that can enable DG at low cost and with high efficiency. These technologies have been limited by high costs and more established alternative energy sources.

The projects funded within ARPA-E’s Reliable Electricity Based on Electrochemical Systems (REBELS) program are meant to produce fuel cell devices that will be cost-efficient and create new functionality for grid stability and integration of renewables such as wind and solar. One particular REBELS project, developed by the Colorado School of Mines (Mines), focused on protonic ceramic fuel cells (PCFCs) for DG applications that could increase the stability of the grid, provide significant cost savings, and result in fewer greenhouse gas emissions compared with centralized power plants while avoiding transmission losses throughout the grid.

Some specific benefits of Mines’s PCFC-based DG system include:

Mines’s REBELS Project: What are PCFCs and How do They Work?

During their REBELS project, Mines developed a PCFC with a mixed proton and oxygen ion conducting electrolyte that allows the fuel cell to operate at lower temperatures (~500-650°C). PCFCs are different from traditional solid oxide fuel cells, which utilize oxygen-conducting electrolytes and often require higher temperatures (700-800+ °C) to operate optimally. The composition of the PCFC was optimized throughout the project and a gadolinia-doped ceria (GDC) interlayer was added, ultimately resulting in a fuel flexible, durable, scalable cell. 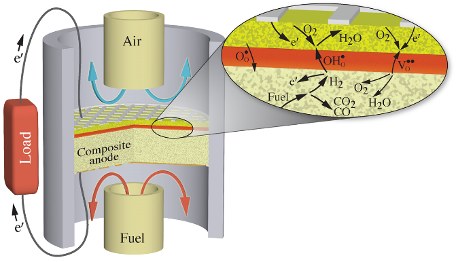 A key feature of this fuel cell is its ability to avoid coking – formation of carbon deposits that clog active sites and can cause catastrophic failure – when operating on a variety of carbonaceous fuels. The PCFC shows an especially high power density when operating directly on hydrogen, ammonia, and methanol fuel at 600 °C, though it can successfully operate on many other fuels. 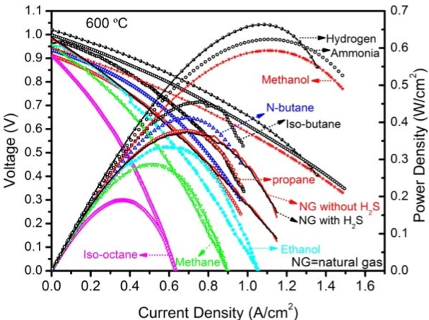 Figure 2. PCFC [BCZYYb7111] performance with a variety of fuels.

Manufacturability and Scalability of PCFCs 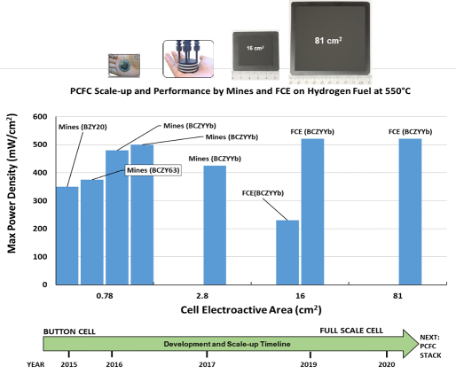 In addition to manufacturing and scale-up, the FuelCell Energy team also completed what is believed to be the longest-running PCFC performance test, which logged over 11,400 hours at 700 °C with a humidified, partially-reformed natural gas fuel and yielded extremely low degradation. This ground-breaking testing proved that PCFCs are inherently durable.

In the final portion of this REBELS project, FuelCell Energy performed the first-known PCFC stack test with a 10-cell stack using their compact stack architecture (CSA). This stack successfully operated for more than 1000 hours, yielding valuable insights into this unique material set and how it differs from solid oxide fuel cells.

Mines has received follow-on small business technology transfer  (STTR) funding from the Army Research Office to develop propane-powered tubular PCFCs, and to develop and test a bundle of these cells. The Army STTR program encourages high-tech small businesses in the U.S. to partner with research institutions to yield innovative solutions.

Thus far, this project has yielded 2 patents, 1 provisional patent, and additional invention disclosures in process, as well as 30+ publications, and 50+ conference papers and presentations. Since it was awarded in 2014, this project also spurred the growth of interest and funding for PCFC research and development.

More content – including contact information for the project team – is available about this REBELS technology on Mines’s individual project page.