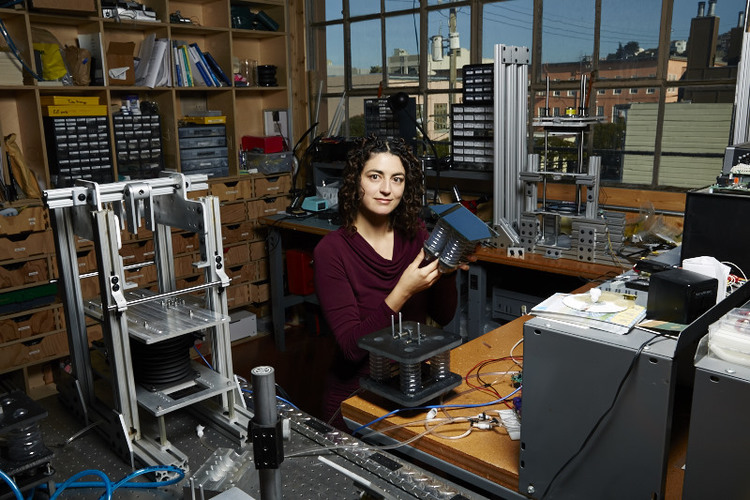 With approximately 173,000 terawatts of solar energy continuously striking the earth, solar energy is the most abundant energy resource available. To put this in perspective, solar energy totals more than 10,000 times the world’s total energy use. Most solar power is in the form of rooftop panels mounted on homes and businesses. Residential solar photovoltaic (PV) capacity surpassed commercial solar PV capacity in 2014 and continues to steadily grow, which can be attributed to a consistent decline in the cost of solar technology and more efficient installation time. However, the Energy Information Administration (EIA) estimates that centralized utility providers will expand their use of solar power by 90% between the end of 2014 and the end of 2016.

Most widely deployed, existing technologies utilize either PV or concentrated solar power (CSP) systems. The majority of solar energy is generated by PV systems, which directly convert solar energy into electricity using a solar cell made of a semiconductor material. PV systems can generate power at costs comparable to traditional sources, but they are only functional when the sun is shining. The remainder is generated by CSP systems, which concentrate sunlight using mirrors and collect the heat to power an electricity-generating turbine. CSP systems allow solar energy to be stored as heat and distributed as needed, but the cost of electricity from CSP is more than twice that of PV.

To learn more about these two solar energy options and how ARPA-E is expanding this technology, take a deep dive into two of our projects, including one from the FOCUS program and one from OPEN 2012.

The projects that comprise ARPA-E's FOCUS program, short for "Full-spectrum Optimized Conversion and Utilization of Sunlight," seek to pave the way for cost-competitive hybrid solar energy systems that combine the advantages of existing PV and CSP technologies. A hybrid option could capture maximum energy out of the full solar spectrum, generating both electricity and heat within the same system.

The solar cells in these new, hybrid technologies convert some of the sunlight directly to electricity, which can be used immediately, while the heat can be stored and used to generate electricity later. Unfortunately, CSP mirror systems use only direct sunlight, or the light that comes in a straight beam from the sun, whereas PV has the capacity to convert both direct and diffuse light to electricity. Diffuse sunlight has been scattered by the atmosphere; when the scattering is weak, the sky looks blue, but when it’s strong, the sky looks hazy.

Photo: Schematic of the PVMirror concept, in which PV and CSP are hybridized via spectrum splitting

ASU is developing a PVMirror technology that modifies the CSP mirror design, replacing the usual curved concentrating mirror with a curved structure incorporating silicon solar cells and a dichroic optical film. Dichroic means that the film transmits some colors of light and reflects the rest, which replaces the ordinary mirror coating. The cells absorb only the colors of sunlight that can be used to efficiently generate electricity while the other colors (blue and infrared) are reflected. Because the optical film conforms to the curved PVMirror, this light is concentrated at the PVMirror’s focus where a black tube, called a thermal absorber, is placed. The reflected portions of sunlight heat this tube; the heat is carried away by a flowing oil, and used later to power a steam turbine and generate electricity.

As a part of ARPA-E’s OPEN 2012 program, Otherlab began developing an inexpensive small mirror and innovative drive system to reflect sunlight onto concentrating solar power towers as an alternative to expensive and bulky 20-30 foot tall mirrors and costly sun-tracking drives used in today's concentrating solar power plants. Since then, the project technology has evolved into a new technology and company called Sunfolding.

Photo: Leila Madrone, CEO of Sunfolding, works on a design for an improved solar tracker

The technology utilizes an actuation system that eliminates the most costly and unreliable components in a PV system: gearboxes, motors, wires, and bearings. The polymer-based actuators used in the drive system have no sliding seals and don’t require maintenance, which is a substantial challenge in tracker technology. Sunfolding’s incorporation of low-cost and highly-scalable manufacturing approaches could significantly reduce the cost of solar electricity generation below conventional solar tower plant technologies. Recently, ARPA-E announced 11 new projects in the MOSAIC program, which seeks to develop a new class of cost-effective, high-performance solar energy modules. MOSAIC aims to develop new solar modules with the high performance of concentrated photovoltaic (CPV) technologies, but at a cost and profile similar to commonly used flat-plate PV.  MOSAIC project teams will address these limitations by designing micro-scale CPV systems that can be integrated into flat-plate solar panels, which will use thousands of small lenses to concentrate sunlight onto an array of micro-PV cells in order to achieve a higher solar-to-electricity conversion. To learn more about the MOSAIC program and the 11 project teams, click here.

As of 2016: For a detailed assessment of the Sunfolding team's project and impact, please click here.